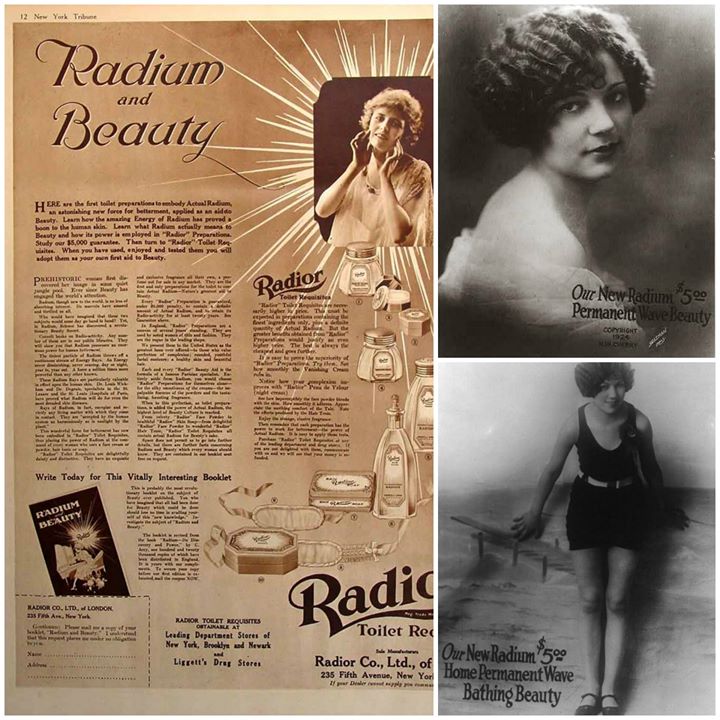 #TBT: Radioactive Hair Salons
In June of 1903 mother of modern physics Marie Curie and her husband Pierre gave a lecture in the Royal Institution of Great Britain. During the lecture on the remarkable new possibilities with radium, Marie spilled the radioactive material in the hall. Five months later the Curies won the Nobel Prize and so began the radium craze. It would be 5 decades later that it was discovered that the table in the lecture hall was still radioactive.

Through the 1920s the wonder of atomic and radiation was seized upon by businessmen who saw new possibilities in beauty. In no time at all radium was being poured into skincare, haircare products and even…horrifyingly high doses for use in achieving permanent hair waves! Long before it was discovered that radiation can kill…hair salons in New York, Los Angeles and London rode the wave of popularity. At one salon in New York City 5 decades later…it was discovered that the former dispensary was still radioactive.