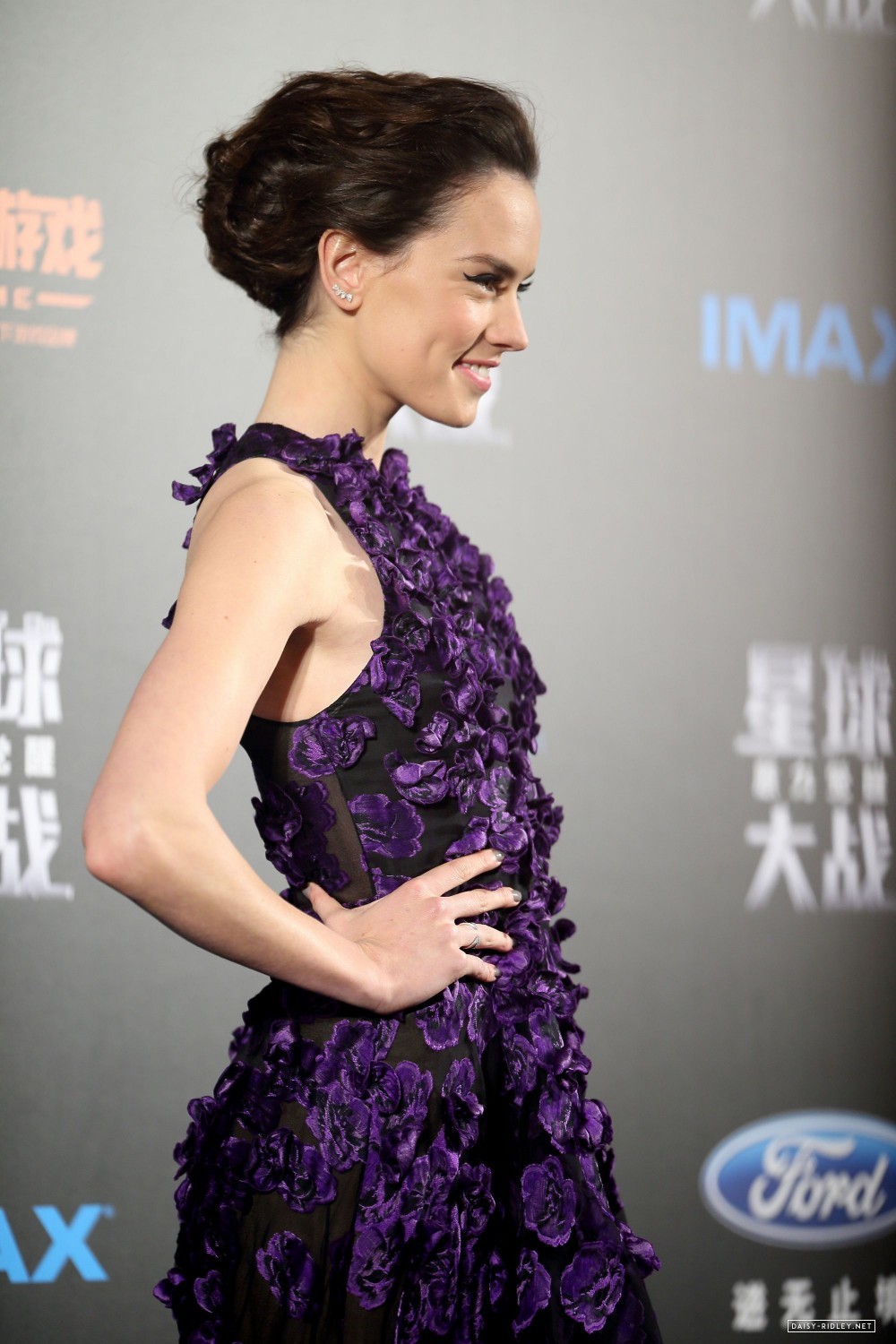 Daisy Ridley, the star of Star Wars: The Force Awakens was looking every inch the galactic star at the Shanghai, China premiere of the movie just days before the New Year.

To create her hair look for the Shanghai premiere, Joico tapped the talents of celebrity hairstylist Robert Vetica, owner of the Robert Vetica Salon inside the SLS Hotel in Beverly Hills, CA. He’s been joining his long-time client for her press tour and he shared the steps to creating the look, as well as a peek into his creative process:

GET THE LOOK from Robert Vetica:

“I’ve never truly tried to verbalize the meaning of what our inspiration was for tonight’s premiere, but let me give it a try. “Goth Romance” is the best way to describe what we did with Daisy over all for tonight’s premiere. Many books, movies, songs, paintings, and sculptures fall into the gothic romance genre. You know it when you see it, it’s moody, it’s sexy, it’s feminine but not fussy, there’s elements to it that are almost Victorian. There’s something very confident about it, quintessentially “woman.” Right when we saw that royal purple dress though, we just knew! I’ve been working with her since about April of 2014, and would have to say that this was possibly one of the more regally youthful looks we’ve done with her.

“I have a ton of vintage references that I’m constantly combing through and collecting, and typically with each client, I just have a vision for them after meeting them and working with them for a while, I get a certain vibe, and with Daisy I’ve always had this feeling about “freshness” and youth, and having fun. With red carpet though, you have to collaborate, you have to communicate about what each person wants and is doing, and I think we all have the same idea about what we want to bring out, again, it’s that freshness, that newness, and a really positive attitude. The essence of that is the ability to switch it up, and not be repetitive in your looks, but still sticking with the same FEELING and this look was still very modern muse, but the hair itself was a little more shaped and more polished than we have been doing, but still very glamorous.

“For tonight on Daisy, I used a curling iron because I feel it allows the look to appear more modern, a little bit softer. I also have more control when I’m the one handling the iron as opposed to having each strand of hair be the exact same size and then walking away while the rollers form to the hair. It’s nice to be able to control the heat as well as the size and position of the curl to really customize it.

“For a long-lasting style, I spritzed Joico’s Flip Turn Volumizing Spray from roots to tips before beginning anything else. It smells amazing – kind of like vanilla. I don’t like “helmety” hair, or anything that makes it stiff and unrealistic, and what I really liked about this product is that it had movement! I felt like this product was like a volumizer, a hairspray and a thermal protectant, all in one – amazing. But we really did flip her hair over and spray (lol) love how literal the product name is!

“I then began blowdrying her hair for a little bit of volume as it was already pretty voluminous after we distributed the product. For me, it’s all about getting underneath each section of hair if you’re blowing it out for volume purposes, and then lifting it up and away from the head.” 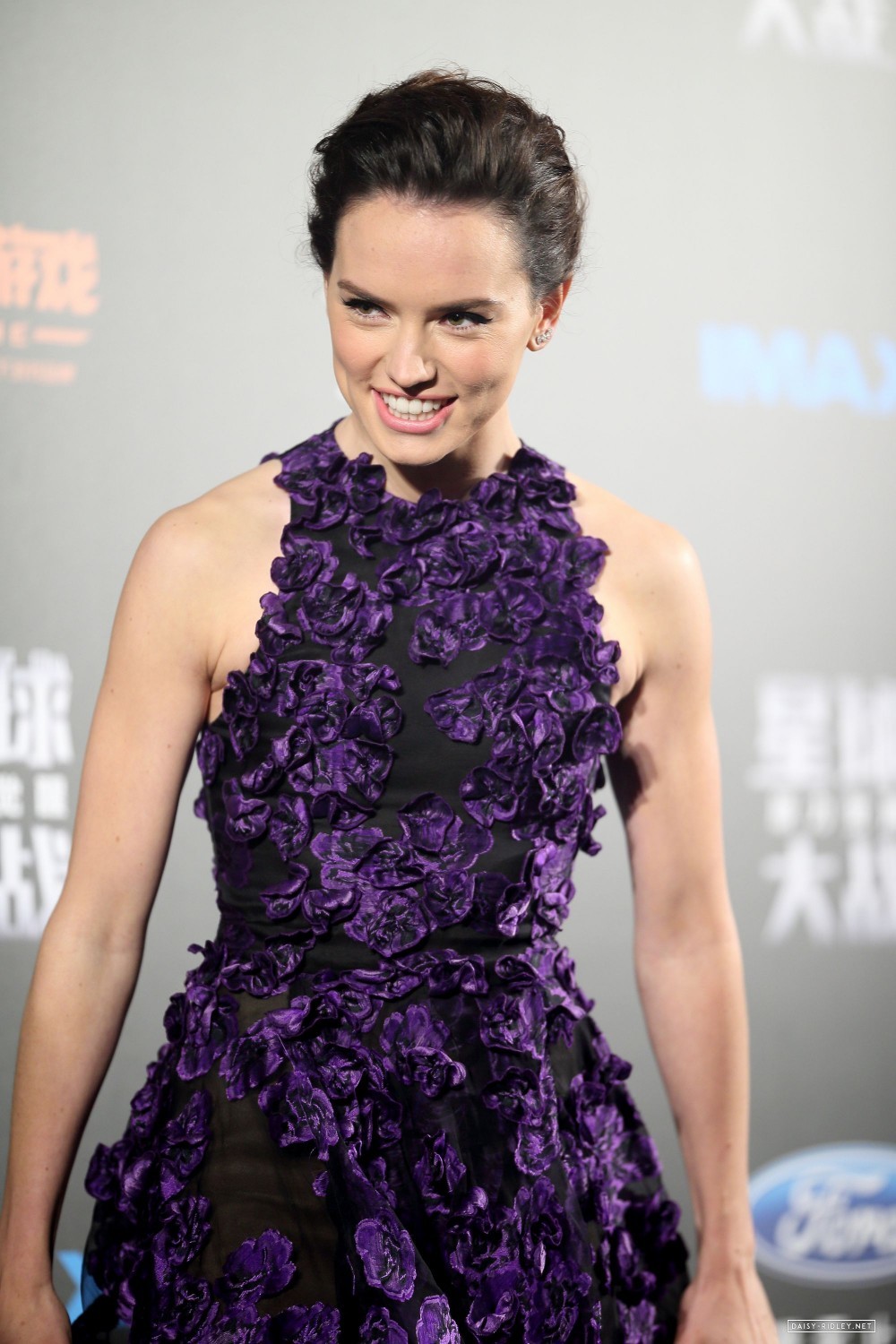 TIP: If you want more volume from your hair, never flatten it by drawing the hair brush over the surface of the hair, rather insert the brush into the underside of each section and direct the airflow from the hair dryer from above whilst continuously lifting it up and away.

“We then had her flip her head and focused on the roots for about 10 minutes on a low to almost no-heat setting. As the hair got more shape and body, we then put in Joico’s Hair Shake for just a little added texture and volume. You really don’t want the hair to fall flat in this look, and the more products you use like this the better, because the hair WILL fall later on. This spray is almost like a salt spray texturizer mixed with a dry shampoo!

“I then divided the hair into three sections — top, middle and nape — and clipped the sections up, and before shaping her hair with a 1/2 barrel curling iron, I loosely teased each section at the root for a good solid base. The shape of brush you choose will play a major part in the end result. I’m going for volume and for sleekness, so I used both a boar bristle brush and then a paddle brush to smooth it out so that it didn’t look frizzy or wire-y.

“I used the curling iron and held it in an asymmetrical pattern because that will give you a more natural looking style and then I rolled the hair outward away from her face, and just began tucking and pinning and creating this free flowing but structured bun in the back of her head. While I’m doing this, I’m pinning the hair and always aiming for it to hit the crown of her head, so that it can sit in place and take the desired shape, and know that as the night went on, it would fall a LITTLE bit below that, but the crown of the head is a good target to aim for when crating this look, that is your bulls-eye for your bun.

“Once the bun was fully set, I began pulling out a few strands from the twists in her bun so that they weren’t so tight, it had more body that way which lends to that modern youthful appearance. Hair needs to look touchable, and keep in mind, as the hair settles even more it will lose a bit of that texture, but still adjust into that desired chic style, especially as the night goes on!

“I also stretched certain pieces and pulled with my fingers to the hair that was framing her face and not a part of the bun. You can clearly see that she doesn’t have a part in her hair, but it definitely steers to a more specific direction. You don’t want it to be too “matchy matchy” perfect, that’s like bad prom hair, and you want the opposite of that. I then applied Joico’s K-PAK Color Therapy Dry Oil Spray onto a teasing comb and went over any fly-aways around the face and smoothing out certain areas of the bun. So some parts are a bit more sheen, but it’s not an overall effect. That lends to a very beautiful texture effect that the naked eye can’t necessarily see, but it seems to really pop in front of the flashbulbs.

“Then once the style was fully complete, I misted the Joico Flip Turn Volumizing Spray all over to set the finished style and give it extra durability.” 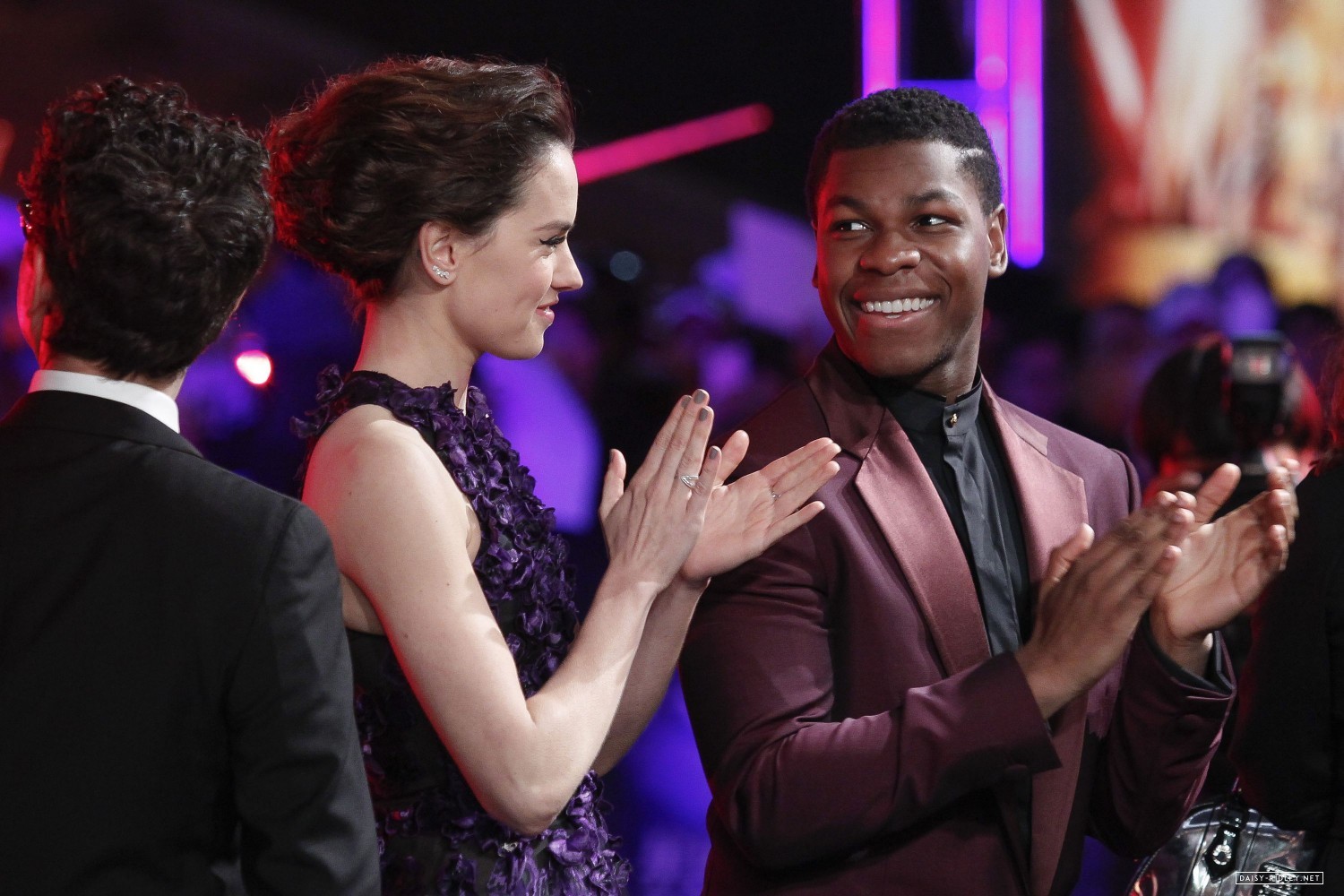 HAIR TREND YES OR NO?: The Extreme Top KnotFew hairstyles are as age-old and handy as the bun – that we have no problem with. What we do hold issue with is how the humble bun has slowly been creeping up heads until it’s a whole lot of hair piled on the top of your noggin.....#hair #fashion #beauty #hairdressing #shehair #shehairextensions #salonbusiness #salonbiz #hairextensionbusiness #hairtrend #hairart #hairgoals #modernsalon #americansalon #extensives ... See MoreSee Less

#FRIDAYFUNNY: When a hairdresser is invited to a wine social and wants to have a little fun…#wine #winechat #lol #funny ... See MoreSee Less