HAIR HISTORY IS ABOUT TO BE MADE 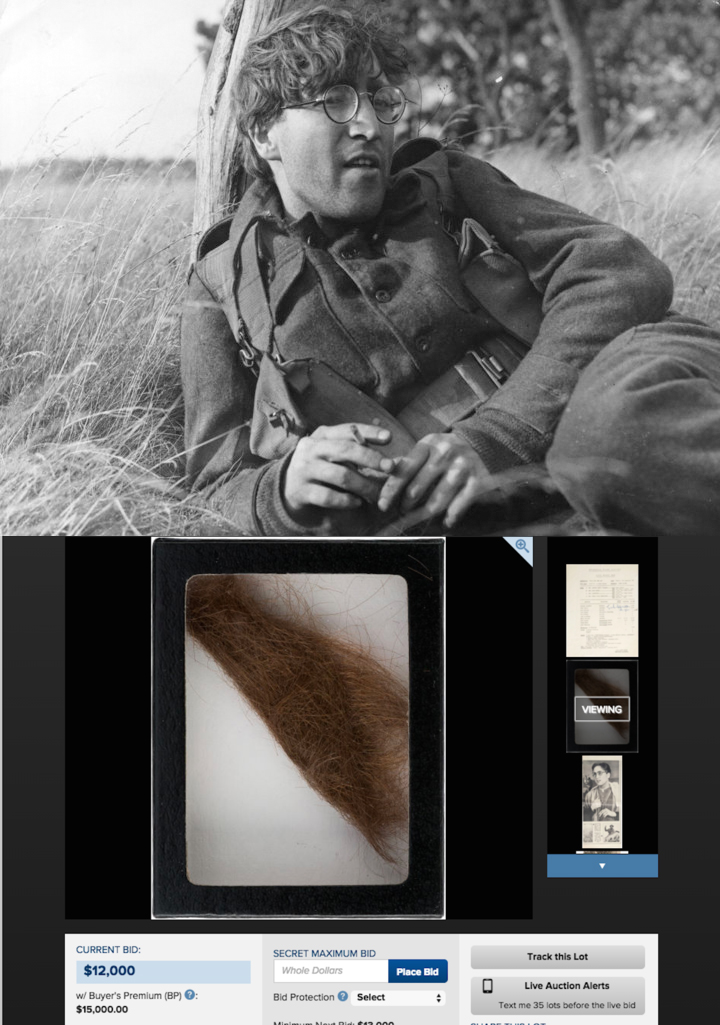 What if you could create the most expensive hair extension piece in history?

LOT# 89135 is 8 days away from open auction. The object? A lock of hair…approximately 4”, containing hundreds of strands of hair. Whose hair? John Lennon’s!

Harvested by hairdresser Klaus Baruck in Hamburg Germany in 1966, Lennon had his hair cut in preparation for filming Richard Lester’s dark comedy, “How I Won the War”. Playing the character of Gripweed, it pained Lennon to cut his famous mop of hair…however the round glasses he wore for the role he loved so much…he wore them for the rest of his life.

The current high bidder? A Saudi billionaire whose proxy bid is now at $12,000. His plan? He wants to turn the hair into a hair piece and wear it!